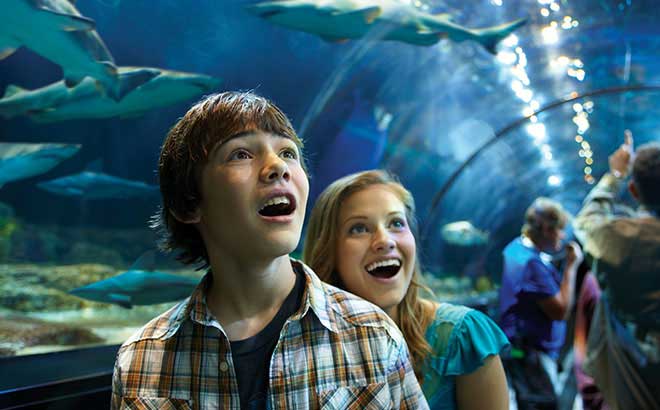 Swimming to an underwater adventure near you: pop culture's biggest ocean star! From countless representations in film and beyond, these incredible animals have certainly left a jaw-dropping impression on us. But not only are they beloved on land – sharks are vital members of their marine ecosystems for maintaining ocean health.

Whether it’s for their speed, mystery or sheer diversity, SeaWorld Orlando celebrates sharks 365 days of the year. If you’re a longtime fan or are jumping the shark bandwagon, you can bring this printable shark activity checklist with you on your next visit to SeaWorld Orlando and Discovery Cove to experience these fin-tastic animals.

Dare to Visit Them All


Shark Wreck Reef: Your destination for all things shark! Home to the Mako roller coaster, the Shark Encounter viewing tunnel and other interactive learning exhibits.

Mako: The Mako roller coaster at SeaWorld® Orlando, named for one of the ocean's fastest sharks, lives up to expectations as Orlando's tallest, fastest and longest roller coaster. Dart around tight bends and investigate a ship wreck at speeds reaching 73 mph.

Shark Encounter: Dare to walk through one of world's largest underwater viewing tunnels for a face-to-fin glimpse of one of the natural world's most ancient and enigmatic animals.

Shark's Underwater Grill: Recognized among the best restaurants in Orlando, this spot is a can't miss for all shark aficionados, who can dine surrounded by an immersive shark tank.

Sharks Up-Close Tour: Explore the breathtaking diversity of shark species in our ocean. Dispel fast from fiction in a behind-the-scenes tour with the opportunity to touch a shark itself.

Swim with Sharks at Discovery Cove Orlando: Discovery Cove offers a one-of-a-kind experience to swim with the sharks and learn more about them from expert guides! 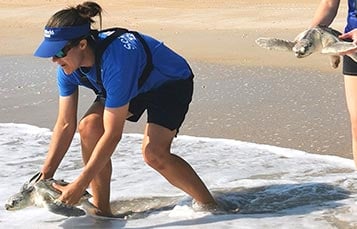