The SeaWorld Orlando family is fondly remembering a rescued pilot whale who passed away on Saturday, April 6. 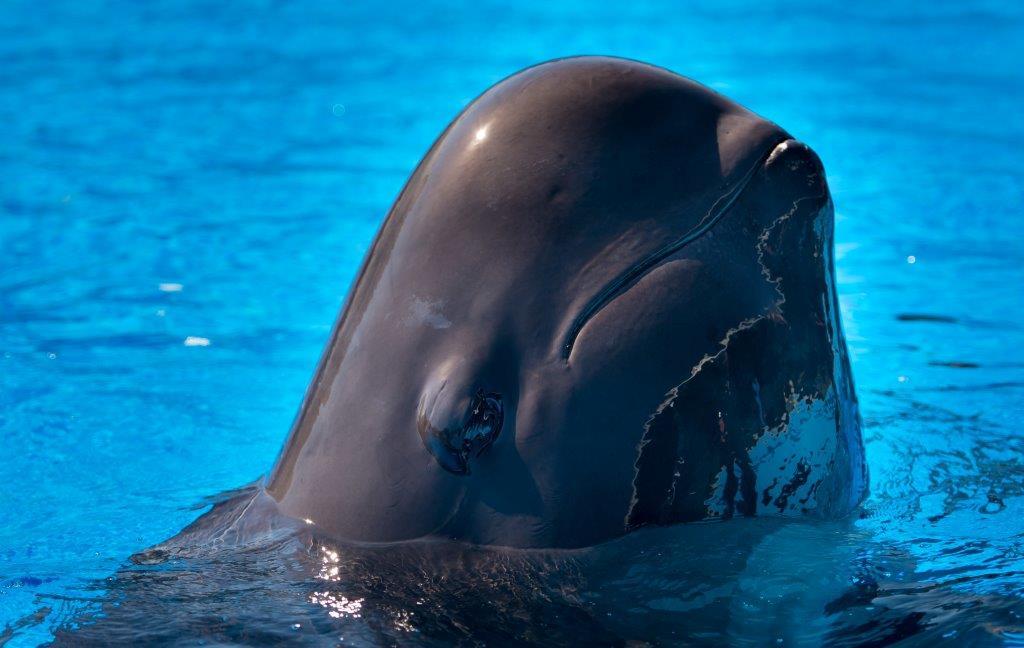 Pilot whale NOAA 301 (Fredi) was part of a mass stranding of 23 pilot whales that the SeaWorld Rescue Team and partners responded to in 2011, near Cudjoe Key, Florida. The SeaWorld team was embedded on-site for two months assisting with the rescue operations, in collaboration with National Marine Fisheries Services (NOAA) and other rescue organizations. Eight of the stranded animals initially survived; two were lifted onto a barge and returned 40 miles off the coast. The remaining 13 animals perished on the beach, despite the 24/7 tireless efforts of the dedicated teams.

Dr. Erin Fougeres, Marine Mammal Stranding Program Administrator for NOAA Fisheries shared, “SeaWorld veterinarians and staff provided critical care, treatment and trained handling experience for the 23 short-finned pilot whales mass stranded in Cudjoe Key in 2011, assisting local Stranding Network partners. Ultimately, thanks to SeaWorld and our Stranding Network partners, 2 of the whales were able to be immediately released back to the wild. When Fredi was deemed non-releasable by NOAA Fisheries after rehabilitation due to her very young age, SeaWorld provided her with a permanent home, where she has received outstanding care for the past 8 years.

For whales and dolphins that strand, full recovery is not always guaranteed. This pilot whale faced continued health issues since her initial stranding.  In recent months her condition progressed, requiring advanced monitoring and care by the SeaWorld veterinary and animal care teams. Despite that full effort, her health and quality of life declined recently and she was no longer responding to treatment.

301 lived the past eight years at SeaWorld with a pod of rescued pilot whales and received world-class care and a second chance she would not have had otherwise and provided the rescue team with invaluable knowledge on how to respond to, and care for stranded animals.

She inspired millions of guests and her care team, and she will be deeply missed.

A1: Pilot whale NOAA 301 has had persistent health concerns since being rescued as part of a mass stranding in 2011.  In recent months she had been showing signs of fatigue and loss of appetite.  Through a physical exam and diagnostic samples, veterinarians discovered that 301 had an infection. Despite recent round the clock care, her health and quality of life continued to decline sharply.

Q2: How was she being treated?

A2: 301 had been undergoing an aggressive anti-microbial treatment to treat a persistent infection.

A3: We do not believe 301’s infection was contagious, but we are continuing to monitor the rest of pod.

Q4: How many pilot whales live at SeaWorld Orlando?

A4:  There are four rescued pilot whales at SeaWorld Orlando.  301 was rescued during a mass stranding in 2011.  Due to her young age National Marine Fisheries Service (NOAA) determined that she was non-releasable and SeaWorld was asked to provide her a home.

A year after 301’s stranding, another mass stranding occurred.  Pilot whale NOAA 1202, 1203 and 1204 (also known as Ava, Ace and Piper) were all rescued and rehabilitated from the stranding, but just like 301 were deemed non-releasable by NOAA due to their young age and SeaWorld was asked to provide them a home.

A5:  300 was one of two pilot whales that came to live at SeaWorld after being rescued in a mass stranding in 2011.   300, or Hundy as she was also known, had intensive health issues, including severe scoliosis - a dramatically misshapen spine - likely associated with her stranding.  The dedicated animal care team at SeaWorld developed a specially fitted brace to assist Hundy in her daily therapy sessions.    Despite all of this specialized care, Hundy succumbed to her health issues in 2013.

Q6:  Why was SeaWorld chosen for 301 and the other pilot whales?

A6:  When 301 was rescued she was determined by NOAA to be a dependent calf that could not be returned to the wild.  SeaWorld Orlando was chosen to help rehabilitate her and provide a home because of the park’s experience with pilot whales and expertise in animal husbandry and care, especially for stranded animals.