While our SeaWorld parks may be temporarily closed, our animal care teams continue their life-saving efforts rescuing animals in need, providing rehabilitative care, and returning animals that are ready for a second chance at life.

SeaWorld San Diego
SeaWorld San Diego recently returned several marine mammals after months of rehabilitation at the park’s Animal Health and Rescue Center.  Over the past several weeks, seven California sea lions, one northern elephant seal, one harbor seal and three shorebirds were all able to be returned to the ocean.

The elephant seal and sea lions were rescued from local San Diego beaches where they were found underweight, malnourished and unable to fend for themselves. SeaWorld experts provided hydration, subcutaneous fluids and specialized marine-mammal fish formula to the seal and sea lions until they were able to eat whole live fish on their own. One of the sea lions also had a cataract, which was surgically removed by one of SeaWorld’s partner veterinarians.

Once they gained weight and were healthy and strong, the park’s veterinary team gave them the okay to be returned to the wild.

The harbor seal was rescued as an orphaned neonate and was in SeaWorld’s care for eight weeks.  The park’s animal care experts became surrogate moms, providing a specialized marine-mammal milk formula, rich with 13 percent milk fat.

Once weaned, harbor seals become independent very quickly and are able to survive on their own.

Typically SeaWorld San Diego returns rehabilitated animals by boat, several miles off the shore. Because the beaches are closed to the public due to COVID-19, some of these returns took place directly on the beach. 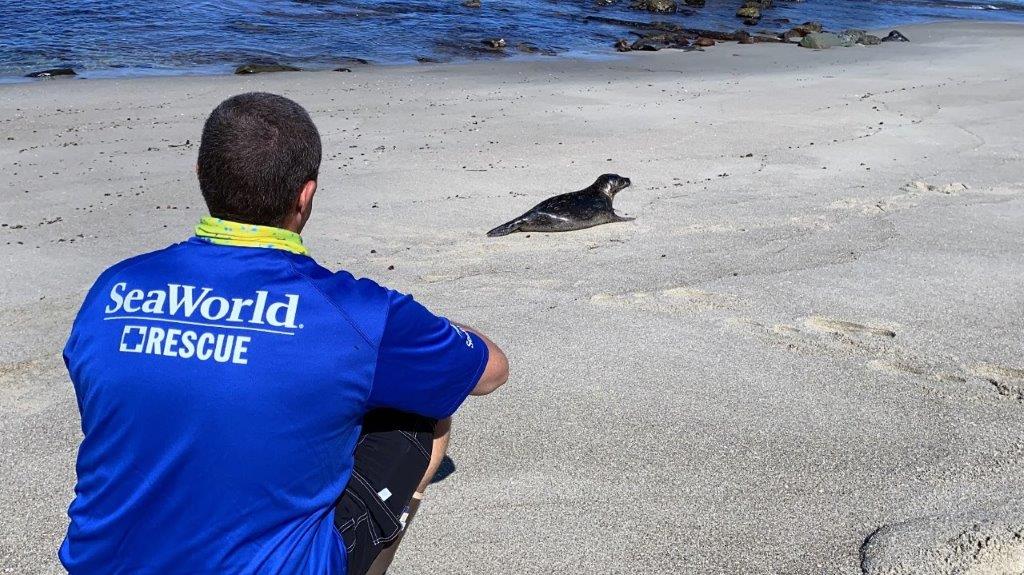 SeaWorld San Diego’s Eric Otjen watches as a rehabilitated harbor seal makes its way back to the ocean.

Although SeaWorld Orlando is temporarily closed, the lifesaving animal rescue work continues.   The 12th manatee of the year, a young calf suffering from cold stress,  was recently brought to the park by Florida Fish & Wildlife (FWC). The calf received antibiotics, was hydrated, stabilized and is doing well.    It will remain at SeaWorld for the length of its rehabilitation with a plan to return it to the wild.

On April 1, the Animal Rescue team returned two manatees which had been rehabilitating at the park for three months due to cold stress.  The team also returned three endangered, rehabilitated sea turtles off the coast of Flagler Beach  The turtles were part of group of sea turtles flown to SeaWorld last fall from New England suffering from illnesses related to cold stress.  SeaWorld often works in partnership with other facilities to successfully rehabilitate animals to ensure they can be returned to the wild. 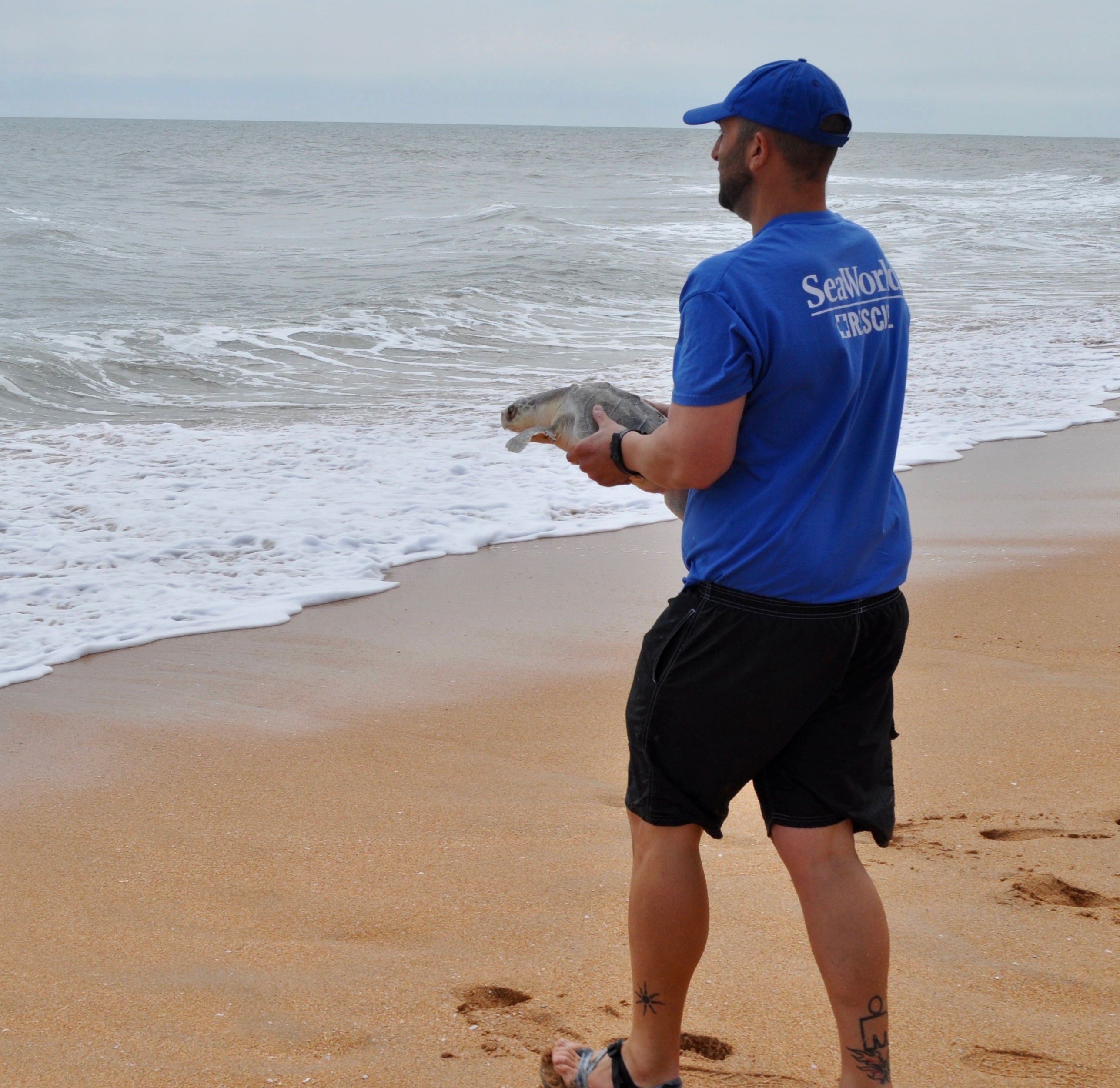 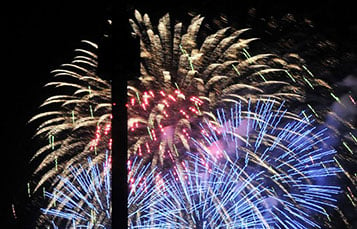 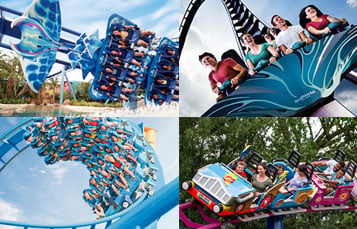 Missing the park? Enjoy a virtual ride on SeaWorld Orlando’s most popular roller coasters from the comfort of your home.

Pass Members
Roller Coaster
Are you sure you want to delete this item?