An Aviculturists Take on Flamingo Emoji 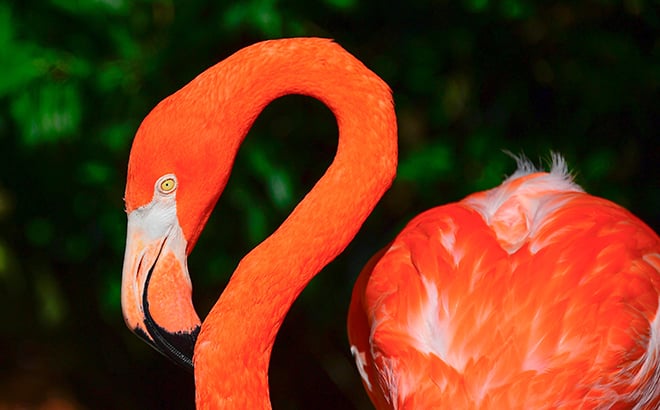 Did you know that there are six different species of flamingos found around the world? But according to the world of emojis, there are 9! Senior aviculturist (fancy word for a self-proclaimed bird nerd) Tiffany Chapman, explains how to recognize these artsy birds.

The distinguishable large, black eye makes you wonder if it’s peering into your soul. 7/10

No mistaking this large footed feathered friend! While all flamingos have webbed feet, this one would be the Michael Phelps of the group. It’s strangely more indicative of an emu with the tiny head and bulky body. 4/10

A nice mixture of realistic and stained glass. The face is a bit derpy, but a very accurate eye helps save the overall appearance. 6/10

Easily identifiable due to the fact that it looks like it came straight from arts and craft time! The head is overly large and one leg is only slightly lifted, giving it the appearance of being extra clumsy. Adorable - but not well suited for life in a salt flat. 8/10

By far the most realistic emoji of the group.  Wonderfully shaded beak, feather coloration is on point, and great neck curvature. Would bring any birder joy if spotted on their phone! 10/10

This bird has an extremely long body, possible a hybrid with a swan or other type of waterfowl? Beautiful coloration on the beak but the neck is too short. 4/10

Not sure what happened with this one! Missing part of a leg, outline isn’t finished. This poor rendition doesn’t stand a chance. 0/10

This one is a head above the rest! Like, literally. By far the tallest of the 9, with legs twice as long as others. All birds in this group are male, as they are taller than females. 7/10

One thing you’ll notice that all the different emojis have in common is that they are all standing on one leg. Do you know why they do that? Because if they lifted both, they would fall over! 😂

Kidding! It is simply an energy saver and is no different than how people stand and shift their weight from one leg to another. In fact, all birds do it! It’s just more noticeable with those iconic long legs. Next time you visit the flamboyance of Caribbean flamingos at SeaWorld Orlando, see if you can spot this natural behavior. 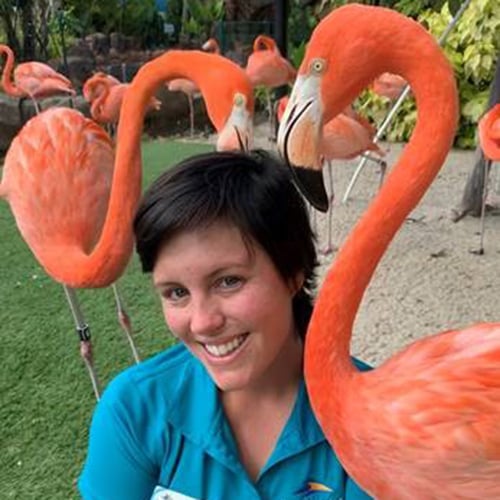 Tiffany is an aviculturist at SeaWorld Orlando. 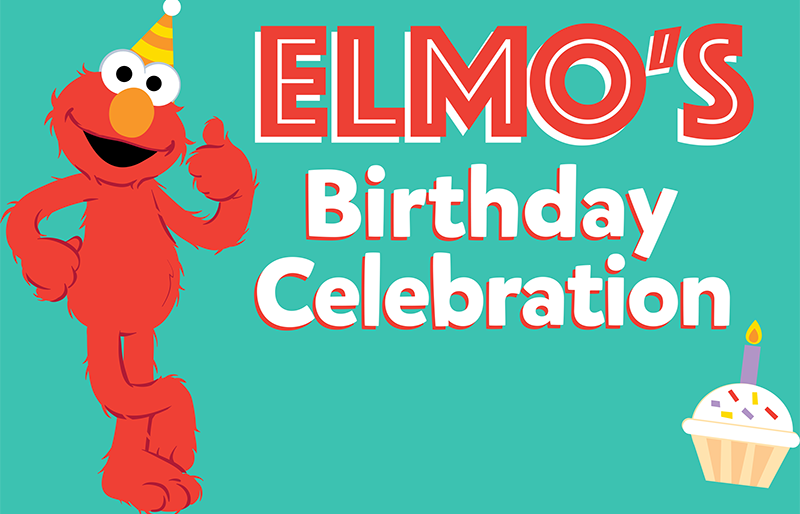 Elmo's having a birthday celebration at Sesame Street Land and you're invited! 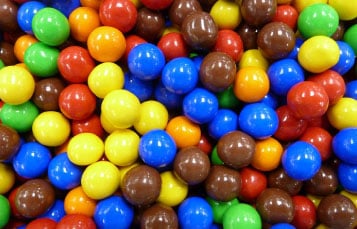 Our Halloween Spooktacular partner Sixlets has prepared a scary sweet deal to help you prepare for trick-or-treating fun. 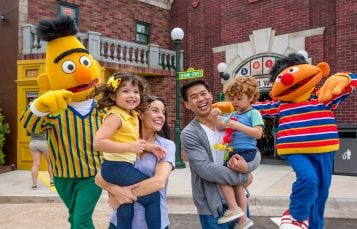 Sesame Street Land is now open at SeaWorld Orlando and we want to make sure that you don’t miss out on any of the fun!

Kid Friendly
Are you sure you want to delete this item?