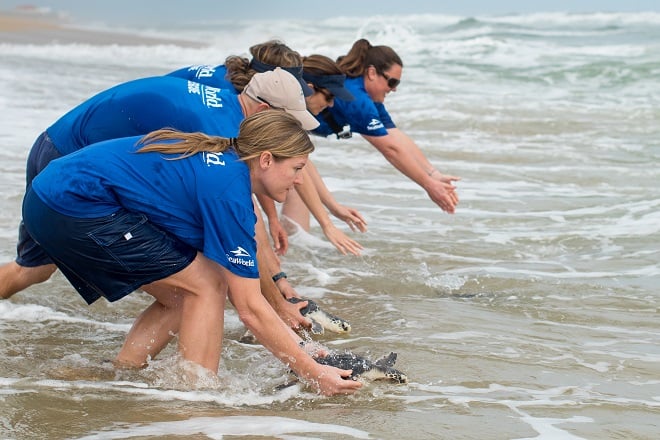 In early December, more than 40 cold-stunned Kemp’s ridley sea turtles arrived at Tampa International Airport to begin rehabilitation at multiple Florida facilities. The reptiles were rescued from frigid northern waters by the Massachusetts Audubon Society and stabilized at the New England Aquarium before their cross-country flight. 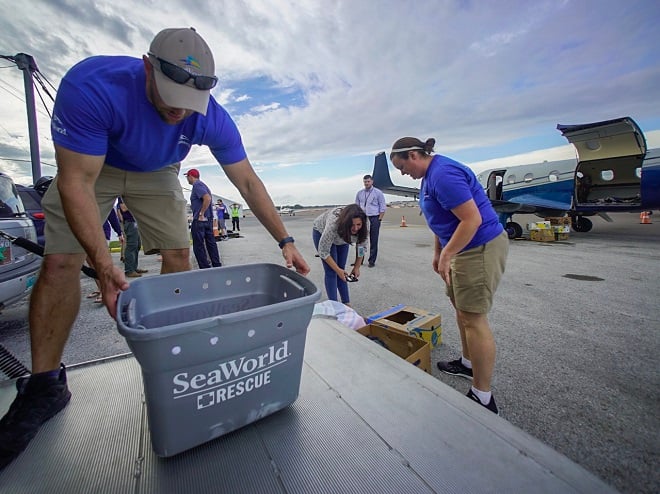 Upon arrival in Orlando, SeaWorld’s rescue team conducted full examinations to determine the best treatment for each sea turtle. Many of the animals were suffering from pneumonia, some were also treated for ulcers and malnutrition. After three months of individualized care, the turtles were cleared for return to the ocean.

Rescued earlier this winter from the Atlantic Coast, two green sea turtles also returned home to the sea this morning. One of the turtles was treated for shell abrasions and the other for injuries resulting from ingested fishing line and hooks. Dr. Lydia Staggs, one of SeaWorld’s veterinarians, conducted the challenging hook removal surgery successfully, and both animals were cleared for return along with the highly-endangered Kemp’s ridley turtles.

In collaboration with government agencies and partner marine life facilities, more than 2,000 sea turtles have been rescued by the SeaWorld Orlando team since 1980. For more than 50 years, SeaWorld Parks & Entertainment has helped animals in need – ill, injured, orphaned or abandoned, with the goal of returning them to the wild. More than 31,000 animals have been rescued by the expert animal rescue team that is on call 24 hours a day, 7 days a week.

If you see an injured marine animal, you can help by calling the FWC hotline at 888-404-3922 or by dialing *FWC on a cellular device. 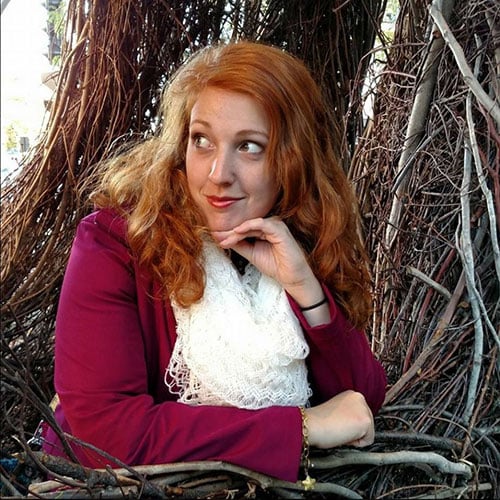 Becca is a mermaid at heart and perpetual tourist. She takes too many pictures and drinks too much coffee. 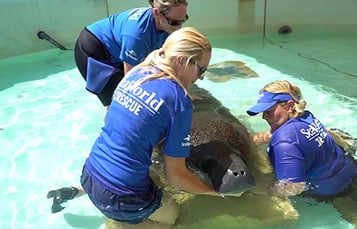 As the deadly bloom continues to invade Florida’s southwestern coast, rescuers are working around the clock to rescue and rehabilitate exposed Florida manatees. 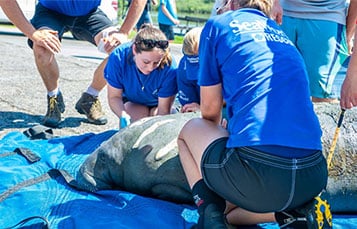 SeaWorld and local and federal partners give intensive care to most injured marine mammals. 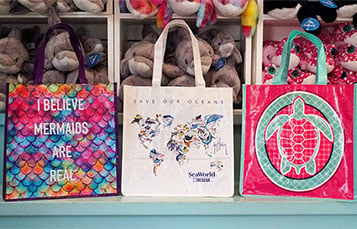 SeaWorld removes plastic straws and shopping bags from the park in an effort to keep plastic out of our oceans. Learn more about what SeaWorld is doing to keep our oceans clean.

Rescue, Rehab and Release
Are you sure you want to delete this item?