Starting April 12, SeaWorld will operate as a theme park with rides, roller coasters, indoor and outdoor animal attractions, and outdoor animal presentations with physically-distanced seating. Per state COVID-19 restrictions, attendance is limited to California in-state visitors only. Party sizes may not contain more than 3 households. Guests may be asked to present proof residency upon entry. To adhere to capacity guidelines, and for the health and safety of our guests and employees, reservations are required to enter the park.

Thank you for the continued outpouring of support for the SeaWorld family. Many of you have asked about the cause of death for Kasatka. Following a full post-mortem examination, findings confirmed the clinical assessment that Kasatka died from a bacterial respiratory infection, or lung disease. While the team is still saddened by the loss of Kasatka, it’s important to remember her contributions to helping us understand and protect this species.

We are saddened to share the passing of Kasatka today (August 15, 2017) at SeaWorld San Diego. Following lengthy treatment for a bacterial respiratory infection, or lung disease, Kasatka’s health and appetite significantly declined over the past several days, despite continually tailored treatments. Kasatka’s veterinarians, who are experts in marine animal medicine, and her caretakers made the difficult decision to humanely euthanize her to prevent compromising her quality of life.

Kasatka was the beloved matriarch of our orca family. A mother of four, grandmother of six and great grandmother of two, she was considered by the most current research as an older killer whale at nearly 42 years old. Kasatka passed away at approximately 8:15 p.m. surrounded by members of her pod, as well as the veterinarians and caretakers who loved her. All of us at SeaWorld are deeply saddened by this loss, but thankful for the joy she has brought us and more than 125 million park guests. 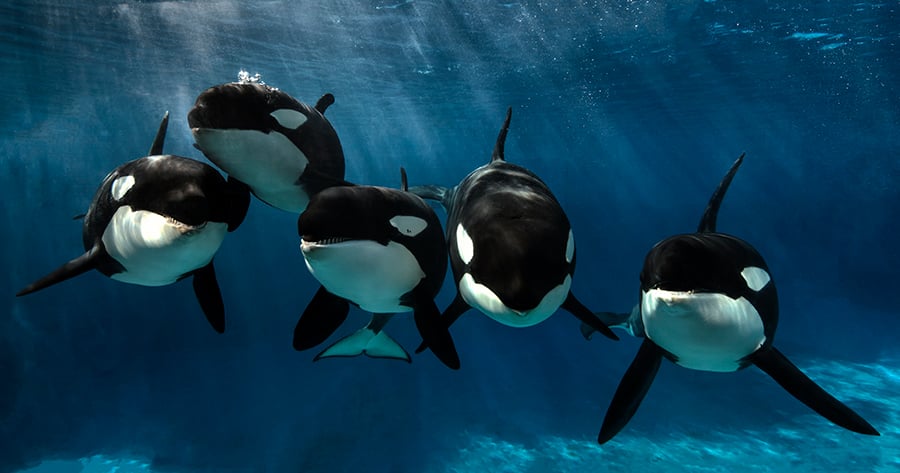 “Today, I lost a member of my family. I have spent the past several years with Kasatka and was truly blessed to be part of her life,” said Kristi Burtis, orca behaviorist. “Although I am heartbroken, I am grateful for the special time we had together and for the difference she has made for wild orcas by all that we have learned from her. I adored Kasatka and loved sharing her with millions of people. I will miss her very much.”

While Kasatka lived a long life, we had been treating her for lung disease for the past several years. Because of the great relationship Kasatka had with her behaviorists, she participated in daily check-ups by her veterinarians and her individualized care such as treatments using a custom-built inhaler allowing the medicine to go directly to her lungs. Over the past year, as her immune system aged, it became more difficult for her to fend off the illness and her medication took longer to have an effect. Her behaviorists and veterinarians passionately provided the finest care possible ensuring her illness was properly managed and that she continued to live a quality life up until the time of her death. The veterinary team will conduct a full post-mortem examination known as a necropsy to examine the extent of her illness and how it impacted her organ function. It may take several weeks before results are finalized.

“Nobody knows more about caring for killer whales than the professionals at SeaWorld,” said Dan Ashe, President and CEO of the Association of Zoos and Aquariums. “Having the privilege of working with these animals daily provides veterinarians and other animal care staff with the expertise and insight to make very difficult choices, like with Kasatka. Certainly, this was a difficult and wrenching decision, but I have absolutely no doubt that it was made with Kasatka’s best interest in mind. On behalf of the entire AZA family, we offer condolences to the dedicated SeaWorld professionals who have loved and cared for Kasatka throughout her life.”

At this time, the SeaWorld team’s attention remains focused on the rest of the orca pod to provide the care and attention they need.

We’d like to thank our fans and friends for their outpouring of support during this difficult time.

What happened…was she sick?
Kasatka had been diagnosed with a bacterial respiratory infection, or lung disease, several years ago. The diagnosis was made following analysis of blood samples and through a bronchoscopy, which allowed veterinarians to obtain a culture from deep within her lungs.

Was Kasatka suffering? Was that why you decided to euthanize?
Kasatka was being treated for a respiratory bacterial infection, or lung disease, for several years but as she aged she had a more difficult time fending off the illness. Kasatka had a dedicated team of veterinarians and care staff providing critical care. Despite their best efforts, her health and appetite significantly declined over the past several days despite continually tailored treatments. Kasatka’s veterinarians and caretakers made the difficult decision to humanely euthanize her to prevent compromising her quality of life.

Who was with Kasatka when she died?
Kasatka passed away surrounded by members of her pod, as well as the veterinarians and caretakers who loved her.

What type of medical treatment did she receive?
Because of the great relationship Kasatka had with her behaviorists, she participated in daily check-ups by her veterinarians and her individualized care such as treatments using a custom-built inhaler allowing the medicine to go directly to her lungs.

How long had she been sick?
Kasatka was diagnosed with this condition in 2008. The diagnosis was made following analysis of blood samples and through a bronchoscopy, which allowed veterinarians to obtain a culture from deep within her lungs.

How are the behaviorists taking the news?
Any loss of a SeaWorld family member brings great sadness. The passing of Kasatka is especially difficult for the staff that cared for and loved her. Kasatka’s behaviorists shared a special bond with Kasatka and are deeply saddened by her passing.

Was Kasatka’s condition contagious? Since she shared the pool with 10 other whales, are they in danger of becoming ill?
No. Her condition posed absolutely no threat to the other whales.

How are the rest of the killer whales doing?
The other 10 orcas appear to be doing well, but we’re monitoring and watching for any changes in their behavior. While the loss of Kasatka is heartbreaking for the animal care, veterinary and training teams, as well as the entire SeaWorld family, our focus is to continue the care of the rest of the orca family at the Orca Encounter facility.

How many killer whales does SeaWorld care for now?
With the loss of Kasatka, SeaWorld now cares for 21 orcas at its three facilities in San Diego (10), Orlando (6) and San Antonio (5).

Did Kasatka have any calves?
Kasatka was a mom, grandmother and great grandmother. She bore two daughters and two sons (Takara, Kalia, Nakai and Makani). She also had six grandchildren (Kohana, Trua, Sakari, Kamea, Amaya and Kyara) and two great grandchildren (Adan and Victoria).

Was Kasatka involved in any research programs?
Yes, Kasatka participated in a number of important studies that could help killer whales in the wild. Most recently, Kasatka participated in the following research:
Audiogram (hearing) study
Photographic assessment of body shape changes study
Breath sampling (CO/CO2) study
These studies are not published yet; for information about already-published studies involving killer whales, visit SeaWorldCares.com and HSWRI.org.

Are any of Kasatka’s family members living at other SeaWorld parks?
Yes, Kasatka’s oldest daughter, Takara, and granddaughters, Sakari and Kamea live at SeaWorld San Antonio. Her grandson Trua lives at SeaWorld Orlando. 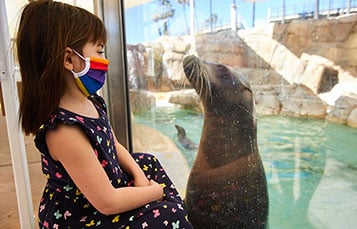 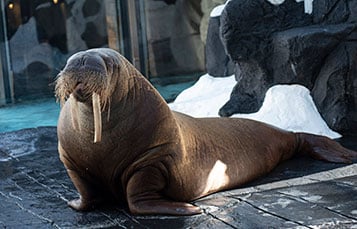