As part of our continued commitment to the safety of our guests and Ambassadors, and in accordance with the Regional Stay at Home order issued by the State of California, we are temporarily closing SeaWorld San Diego. This temporary closure is effective December 7, 2020 and will remain in place until the Southern California Region’s zoos are permitted to reopen. Learn More »

Various species of sea turtles are found in warm and temperate seas throughout the world. Six of the seven species of sea turtles found in the world are classified as threatened or endangered, mostly due to human actions such as entanglement, coastal development and pollution.  Adults of most species are found in shallow, coastal waters, bays, lagoons, and estuaries. Some also venture into the open sea. Juveniles of some species may be found in bays and estuaries, as well as at sea. The largest sea turtle is the leatherback, which can grow up to six feet long!

Please note – Turtle Reef indoor exhibit is temporarily closed at this time due to current State of California COVID-19 guidelines. 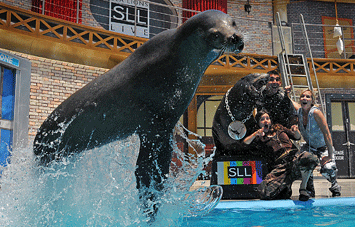 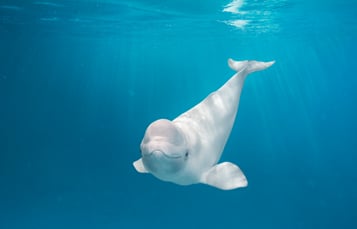 Temporarily closed due to current State of California COVID-19 guidelines.
Get up close to walruses and beluga whales in your journey through the wild Arctic. 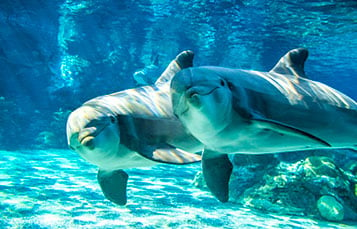 Observe the lyrical movements and playful antics of bottlenose dolphins from just inches away at Dolphin Point.