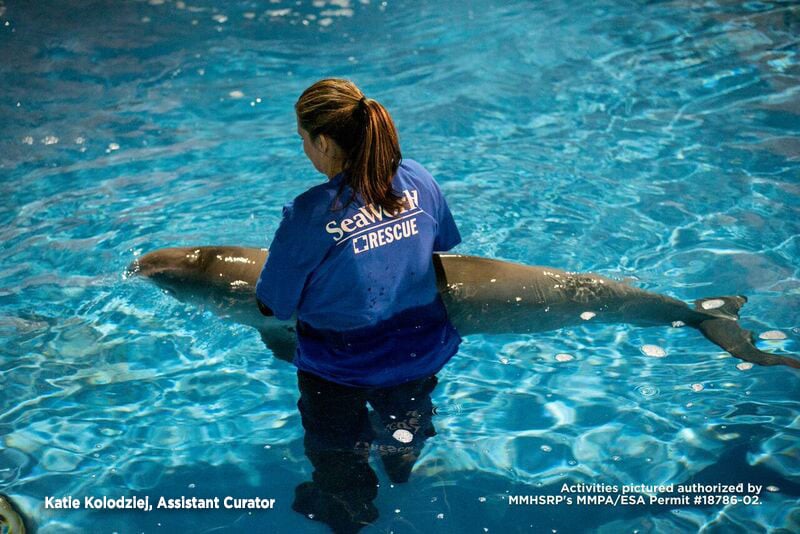 “It’s so wonderful to see Tyonek again!” said SeaWorld San Antonio’s Assistant Curator, Scott McCoy. “He has gained more than 100 pounds since I last saw him, and is at a more healthy weight for a calf. Being able to help rehabilitate him last year was one of the most rewarding moments of my career. He is going to inspire countless people to care about wild animals and their habitats.”

SeaWorld San Antonio was selected because it was the “location best suited for Tyonek to thrive,” stated the NOAA Fisheries. The federal agency based its decision largely on the facility’s ability to accommodate his social and medical needs, support all necessary transport and contribute to scientific research on the species to help conservation efforts in the wild.

Tyonek was less than a month old when he was found stranded in Cook Inlet, Alaska by state and federal wildlife officers and reported to stranding network experts in September 2017.The young calf was only a few weeks old, was severely dehydrated and could not safely be returned to the ocean. After undergoing months of 24/7 monitoring and care at the Alaska SeaLife Center, with help from experts from SeaWorld and other facilities across the continent, NOAA Fisheries determined Tyonek to be non-releasable in January 2018. According to NOAA Fisheries, Tyonek is  nutritionally and socially dependent, and lacks both survival and socialization skills needed to be successful on his own in the wild.

The calf is a member of the endangered Cook Inlet beluga whale population, which according to NOAA Fisheries numbers approximately 328 animals. Experts from the Alaska SeaLife Center believe the whale had been stranded for several hours and was in a weakened condition, without evidence of major physical trauma. It is likely his mother either abandoned him or died, so reuniting him with her was not an option. Since October of last year, experts from SeaWorld, Georgia Aquarium, Shedd Aquarium, Mystic Aquarium and Vancouver Aquarium have supported the Alaska SeaLife Center with Tyonek’s around-the-clock care.

To learn more about SeaWorld’s commitment to helping animals across the globe and how your visit to a park can help, visit SeaWorld.com. 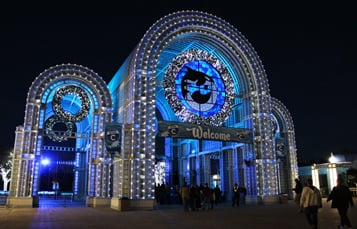 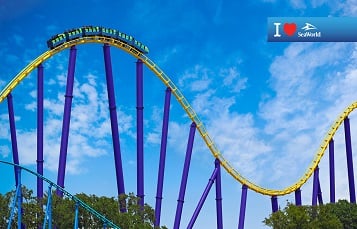 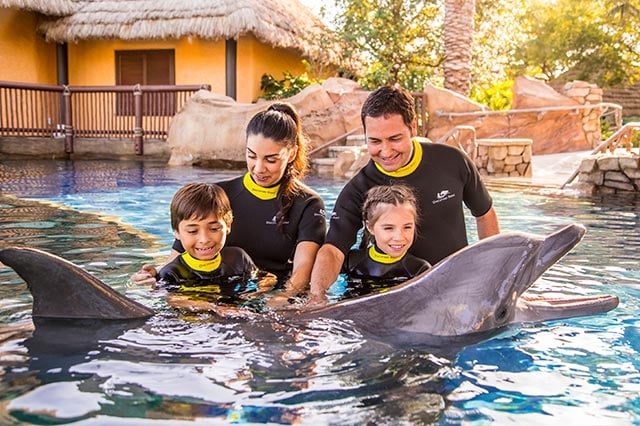