Uncover the Mysteries of Sharks and Coral Reefs.

Sharks and living coral reefs are two of the most mysterious and misunderstood ocean inhabitants, yet they are also very important to ocean health.

Despite their rows of razor sharp teeth, sharks are actually under threat because of pollution and other changes in the ocean. Sharks are top predators and are important to keeping the whole ecosystem in balance. At Explorer’s Reef, you’ll get a close look at several species of these top predators, including zebra sharks, sand tigers, blacktip sharks and nurse sharks – all of which are considered vulnerable and well on their way toward endangered status.

Explorer’s Reef features a breathtaking cylindrical salt water aquarium with living coral. In addition to sharks, it is also home to some of the most wonderfully unusual treasures, like sea horses, clownfish, coral reef fish, dart frogs and more. Find out about SeaWorld’s partnership with the Guy Harvey World Ocean Foundation to help make a difference in preserving our oceans. 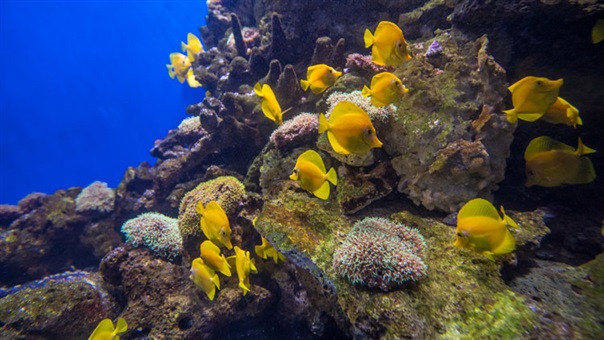